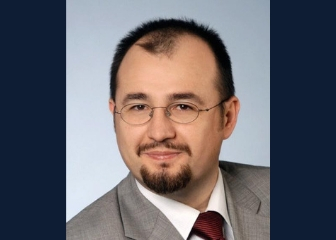 Dr. Arhan Kardas was born and raised in Bolvadin, Turkey. He studied Philosophy, History and Law at Bilkent University in Ankara where he also worked as a research assistant. He obtained his master’s degree from the Law Faculty of Vienna University, where he founded and ran an Interfaith Dialogue Institute called “Friede” for seven years. He was the Editor in Chief of a monthly German Magazine named “Zukunft”. He also wrote daily columns about religion, history, law and philosophy in international newspaper ZAMAN and Todays Zaman for 11 years. Further he became the editor in chief of Main-Donau Press in Frankfurt Main. Since 2016, he has been teaching Theology, Philosophy and History of Islam at the University of Potsdam. Arhan has authored several books. He translated the Qur’an commentary on the opening chapter (al-Fatiha) by Haji Bektash Weli to German and co-authored “Der Lehrmeister der Bektaschis, Hadschi Bektasch Weli” (2015). He also published “Kein Zurück von der Demokratie” (No Return from Democracy) (Berlin, 2018).  He completed his doctoral dissertation on a comparative analysis of the equalization of women in the context of international human rights and Islamic Law at the University of Erlangen/ Nurnberg. He speaks English, German, Arabic and Persian fluently and understands Latin and French.

This course addresses the