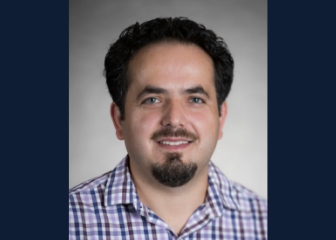 Selçuk Altuntas recereceived his early education in his native city of Ordu, a coastal city in the Black Sea region of Turkey. He received his BA and his first MA in Turkish Language and Literature from Ege University in Izmir, Turkey. He did a second MA in Theology with a focus on Christian-Muslim dialogue in Catholic Theological Union at Chicago (CTU). In his MA thesis at CTU, The Mufti of All: Christians and Jews In the Fatwas of Ebussuud Efendi (1490-1579), Dr. Altuntas looked at the ways in which the most prominent Ottoman jurisconsult Ebussuud Efendi dealt with the Christian and Jewish population of the Ottoman Empire in his fatwas, legal opinions. Dr. Altuntas earned his PhD in Languages and Culures of Asia from the University of Wisconsin-Madison (UW-Madison). In his dissertation How to Be A Proper Muslim In the Russian Empire: An Intellectual Biography of Musa Jarullah Bigiyev (1875-1949), using prominent anthropologist Talal Asad’s idea of Islam as a discursive tradition, he looked at the ways in which Bigiyev, a Tatar Muslim scholar from Russia, challenged the religious establishment of the time and offered alternative ways of practicing Islam.

Dr. Altuntas has taught courses as Lecturer in the early and modern history of the Middle East at his alma mater UW-Madison. Besides, he has taught another course in the history of the Middle East since the World War I at the Ohio State University. He also co-taught a course in Christian-Muslim Dialogue at Edgewood College in Madison, WI. At Respect Graduate School, he has taught a course in Islamic Jurisprudence and have been teaching another course in the history of Islam from the time of the early caliphs to the abolishment of the office of the caliphate in 1924. Dr. Altuntas has published scholarly articles on the discussions of translating the Qur’an into the Tatar language in the beginning of the 20th century. He is currently working on a book project which will be a compilation of intellectual discussions among the Muslims of Russia between 1903 and 1918. Beside his academic background, he has an interest in Islam and spiritual care. In this regard, he has volunteered in various correctional institutions more than a decade across three states, i.e., Illinois, Wisconsin, and Ohio. Currently, he works as a chaplain with the OhioHealth at Riverside methodist Hospital in Columbus, OH, providing spiritual support for patients, their families, and the staff members.